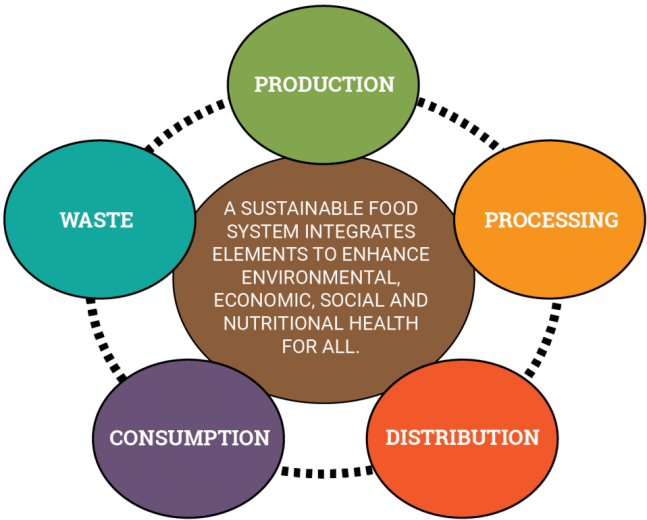 One of the most valuable things to do for ourselves, future generations and all life on earth, in this climate crisis, is to find ways to capture rainwater on the land to soak into the groundwater and aquifers as it is meant to and regenerate the life of our planet.

“Water Retention Landscapes are the healing impulse urgently required by the Earth and all her creatures. They can and must arise in every place where people regain the courage, strength and also of course, the knowledge needed to create them. (…) We must not get accustomed to a state where something that is actually self-evident appears to us as an unrealistic utopia. A world in which all people have free access to sufficient water, energy and food is completely feasible.”   (Bernd Mueller)

“We humans have the knowledge of how to transform deserts and semi-deserts back into living landscapes traversed by fresh spring water streams. In most cases desertification isn’t a natural phenomenon but the result of incorrect water management on a global scale. Deserts don’t arise because of a lack of rain, but because humanity treats water in the wrong way.”  Source Tamera.org 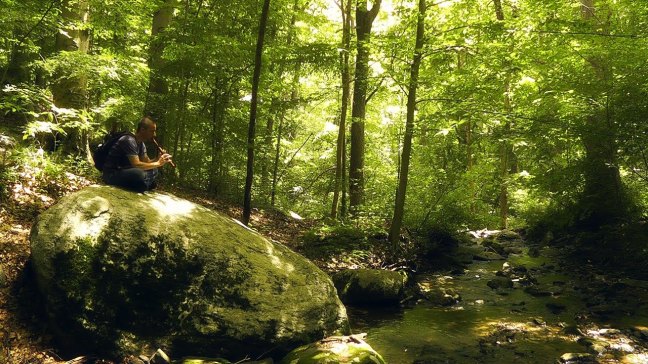 From the makers of the film: “We’ve made the film free to view because we want the important messages of land regeneration, nature connection, and living more simply to reach as many people as possible.

We hope you’re as inspired by the story of Hinewai Reserve.. as we are. Please feel free to share the link with anyone you feel would be interested.

Fools & Dreamers: Regenerating a Native Forest is a 30-minute documentary telling the story of Hinewai Nature Reserve, on New Zealand’s Banks Peninsula, and its kaitiaki/manager of 30 years, botanist Hugh Wilson. When, in 1987, Hugh let the local community know of his plans to allow the introduced ‘weed’ gorse to grow as a nurse canopy to regenerate farmland into native forest, people were not only skeptical but outright angry – the plan was the sort to be expected only of “fools and dreamers”.

Now considered a hero locally and across the country, Hugh oversees 1500 hectares resplendent in native forest, where birds and other wildlife are abundant and 47 known waterfalls are in permanent flow. He has proven without doubt that nature knows best – and that he is no fool.

Would a native bee like to live in your garden?

Kristina Lefever will talk about:   who the pollinators are, why they are  important, why they are disappearing, what we can do to help them, and how to turn our gardens into safe and nurturing havens for the pollinators.  Your local native bees, butterflies, flies, wasps, beetles and hummingbirds will thank you. 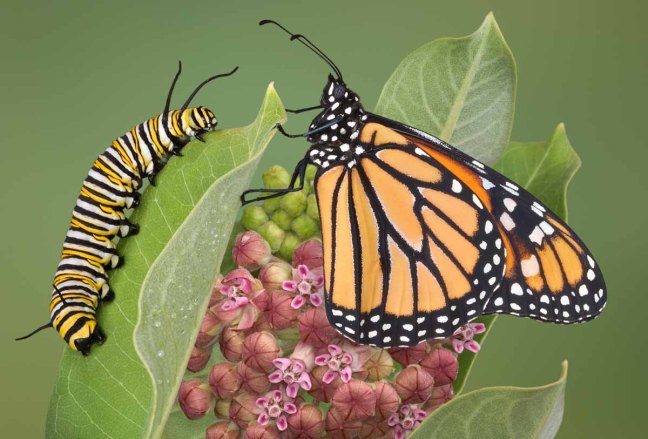 A new networking opportunity for those involved in the conservation and restoration of the Western Monarch Butterfly.

areas of interest and geographic locations.

Let’s work together to protect the Western Monarch!

The Western Monarch Summit will come alive with two of the most prominent Monarch advocates in the country.

Includes three-day (Friday through Sunday) attendance and some meals as shown in the schedule.

NOTE:  Registration fees may be transferred to another individual no later than 12/01/2019. 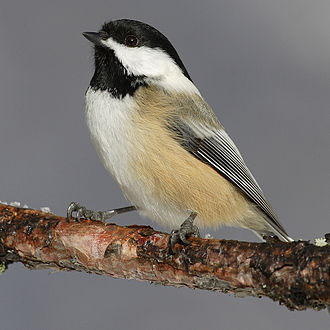 An excellent article on the value of planting native plants and the surprising things that can happen when you do!

OXFORD, Pa. — I GREW up thinking little of plants. I was interested in snakes and turtles, then insects and, eventually, birds. Now I like plants. But I still like the life they create even more.

Plants are as close to biological miracles as a scientist could dare admit. After all, they allow us, and nearly every other species, to eat sunlight, by creating the nourishment that drives food webs on this planet. As if that weren’t enough, plants also produce oxygen, build topsoil and hold it in place, prevent floods, sequester carbon dioxide, buffer extreme weather and clean our water. Considering all this, you might think we gardeners would value plants for what they do. Instead, we value them for what they look like.

When we design our home landscapes, too many of us choose beautiful plants from all over the world, without considering their ability to support life within our local ecosystems.

Last summer I did a simple experiment at home to measure just how different the plants we use for landscaping can be in supporting local animals. I compared a young white oak in my yard with one of the Bradford pears in my neighbor’s yard. Both trees are the same size, but Bradford pears are ornamentals from Asia, while white oaks are native to eastern North America. I walked around each tree and counted the caterpillars on their leaves at head height. I found 410 caterpillars on the white oak (comprising 19 different species), and only one caterpillar (an inchworm) on the Bradford pear.

Was this a fluke? Hardly. The next day I repeated my survey on a different white oak and Bradford pear. This time I found 233 caterpillars on the white oak (comprising 15 species) and, again, only one on the Bradford pear.

Why such huge differences? It’s simple: Plants don’t want to be eaten, so they have loaded their tissues with nasty chemicals that would kill most insects if eaten. Insects do eat plants, though, and they achieve this by adapting to the chemical defenses of just one or two plant lineages. So some have evolved to eat oak trees without dying, while others have specialized in native cherries or ashes and so on.

But local insects have only just met Bradford pears, in an evolutionary sense, and have not had the time — millennia — required to adapt to their chemical defenses. And so Bradford pears stand virtually untouched in my neighbor’s yard.

In the past, we thought this was a good thing. After all, Asian ornamentals were planted to look pretty, and we certainly didn’t want insects eating them. We were happy with our perfect pears, burning bushes, Japanese barberries, porcelain berries, golden rain trees, crape myrtles, privets, bush honeysuckles and all the other foreign ornamentals.

But there are serious ecological consequences to such choices, and another exercise you can do at home makes them clear. This spring, if you live in North America, put up a chickadee nest box in your yard. If you are lucky, a pair of chickadees will move in and raise a family. While they are feeding their young, watch what the chickadees bring to the nest: mostly caterpillars. Both parents take turns feeding the chicks, enabling them to bring a caterpillar to the nest once every three minutes. And they do this from 6 a.m. until 8 p.m. for each of the 16 to 18 days it takes the chicks to fledge. That’s a total of 350 to 570 caterpillars every day, depending on how many chicks they have. So, an incredible 6,000 to 9,000 caterpillars are required to make one clutch of chickadees.

And chickadees are tiny birds: just a third of an ounce. What if you wanted to support red-bellied woodpeckers in your yard, a bird that is about eight times heavier than a chickadee? How many caterpillars would that take?

What we plant in our landscapes determines what can live in our landscapes. Controlling what grows in our yards is like playing God. By favoring productive species, we can create life, and by using nonnative plants, we can prevent it.

An American yard dominated by Asian ornamentals does not produce nearly the quantity and diversity of insects needed for birds to reproduce. Some might argue that we should just let those birds breed “in nature.” That worked in the past, but now there simply is not enough “nature” left. And it shows. Many bird species in North America have declined drastically in the past 40 years.

Fortunately, more and more gardeners are realizing that their yards offer one of the most empowering conservation options we have, and are sharing their properties with the nature around them.

By the way, you might assume that my oak was riddled with unsightly caterpillar holes, but not so. Since birds eat most of the caterpillars before they get very large, from 10 feet away the oak looked as perfect as a Bradford pear.

A version of this op-ed appears in print on March 11, 2015, on page A25 of the New York edition with the headline: The Chickadee’s Guide to Gardening.

An event hosted by ACE’s Connection

You are invited to watch the webinar together at Unitarian Universalist Fellowship Hall, 129 NW E Street, Grants Pass, OR – to share the learning.

You can sign up now here. Copy/paste this into your browser: https://zoom.us/webinar/register/WN_VcuqXdZJTp-HeD5PLJQrIQ

• how climate change creates personal, family, and community traumas and toxic stresses; • how those traumatic stressors trigger feedbacks that expand and aggravate ACEs and many other person, social, community, and societal maladies; • why current approaches are woefully inadequate to address what is already occurring and rapidly steaming toward us and why prevention is the only realistic solution; • the framework for prevention we call Transformational Resilience that includes resilience education and skills-development focused on both Presencing and Purposing skills.
Speakers:Bob Doppelt, Executive Director, The Resource Innovation Group, and Founder and Coordinator of the International Transformational Resilience Coalition (ITRC).The International Transformational Resilience Coalition (ITRC) is a network of over 400 mental health, social service, social justice, climate, emergency response, faith, and other professionals working to prevent harmful personal, family, community, and societal maladies resulting from climate change generated traumas and toxic stresses by ensuring that every adult and child in the U.S. and worldwide learns preventative Presencing (self-regulation) and Purposing (adversity-based growth) information and skills.

Please submit any questions to: alison.cebulla.aces@gmail.com 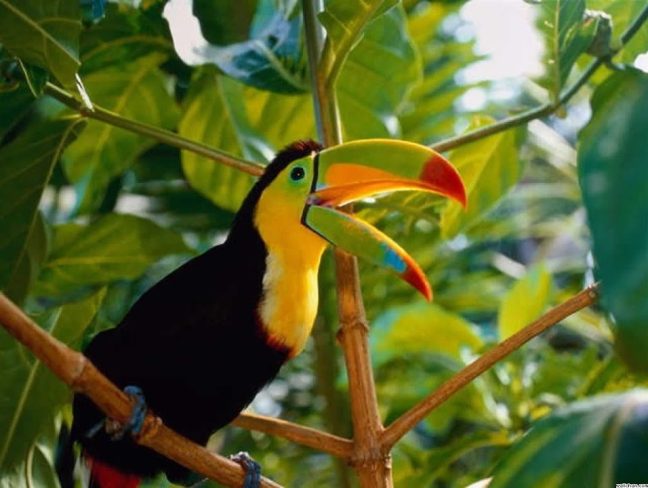 Charles Eisenstein is interviewed by Pachamama Alliance about “What kind of world do you want to live in?” and gives us a taste of what we can expect in his new book Climate: A New Story in this series of short videos:

The Core Themes of Climate: A New Story

What Kind of World Do You Want to Live in?

Our Salvation Will Come from the Margins

Signs that Humanity is Returning to Loving a Living Earth

Ask for the book at our local bookstores or read it online on Charles website: https://charleseisenstein.org/books/climate-a-new-story

Join the Sustainable Rogue Valley group Sunday Aug. 11th from 12:30 – 2:00 at the UU Fellowship Hall at 129 NW E Street, Grants Pass, OR and discover what you can do to help make your local community and our global community more resilient, regenerative and climate-friendly.